By Vantage Asset ManagementMarch 15, 2022No Comments

Established in 1998, Gull is the leading independent fuel distributor and retailer with a network of 112 primarily unmanned fuel stations and a 91ML fuel import Terminal in Mount Maunganui.

On 14th March 2022, Ampol Limited (ASX:ALD) released the market statement notifying shareholders of the agreement of sale of its Gull Business to Allegro Funds Pty Ltd. Key points of the transaction include;

Under the terms of the sale, Allegro will acquire 100% of Gull for net cash proceeds of approximately NZ$509 million as well as the assumption by Allegro of approximately $63 million of leases and debt like items. Under the sales arrangement, Ampol has committed to a five-year fuel supply agreement with Gull as requested by Allegro, subject to annual price reviews and termination rights.

Further details of VPEG5’s co-investment alongside Allegro Funds Pty Ltd of Gull New Zealand will be provided in the March 2022 quarterly investor report, released during May 2022. 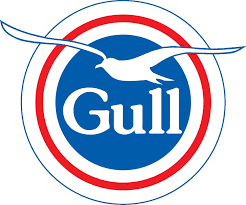